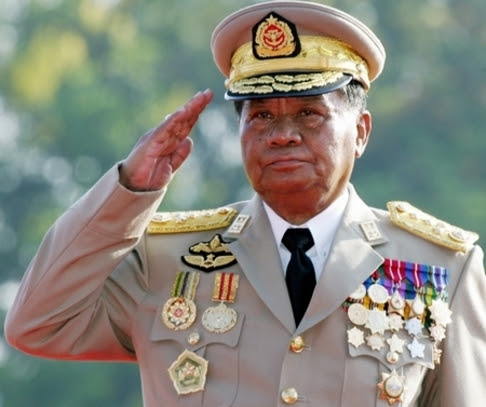 Senior General Than Shwe of Burma

Than Shwe and all members of the instrumentalities under his authority as commander-in-chief and Chairman of the State Peace and Development Council, are accused of crimes including, but not limited to, actions defined under Article II. and Article II. of The Convention on the Prevention and Punishment of the Crime of Genocide:

"Article II: In the present Convention, genocide means any of the following acts committed with intent to destroy, in whole or in part, a national, ethnical, racial or religious group, as such:

Article III: The following acts shall be punishable:

The mass and systemic suppression and extrajudicial murder of Buddhist monks and ongoing ethnic cleansing campaigns against the Karen minority qualify for a referral to the UNSC for the establishment of an international tribunal to investigate, indict and try Burmese leaders suspected of crimes against humanity and genocide.