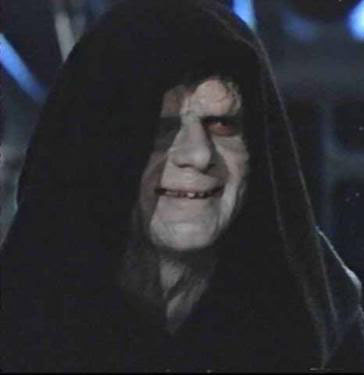 An anonymous but quite gracious commenter from Britain wrote in, asking:

"....what I would find really helpful is if you did a sort of re-introduction - something on what your influences are, what you're trying to achieve, what books you think are most important in your area - it would be a good way of educating us latecomers..."

Fair enough. The durability of my regular commenters tends to make me forget the dynamic nature of blogospheric audiences. A brief history of Zenpundit:

My background is in diplomatic and economic history, where my mentors were from " the Open Door School" and " the Maryland Mafia" circle of historians, respectively. As a result, I received a thorough schooling in economic forces as a major driver of historical causation ( though I disagreed with many of their normative conclusions). A secondary influence were the late historians, Jordan Schwarz (American political history) and W. Bruce Lincoln (Russian history). My primary area of research interest was Soviet-American relations during the Nixon administration and American foreign policy during the Cold War but I spent almost as much time on what is loosely called "Soviet Studies".

Authors who had an impact on shaping my worldview, earlier on, include Friedrich von Hayek, Ludwig von Mises, Aleksandr Solzhenitsyn, Eric Hoffer, Ayn Rand, Alvin Toffler, George Kennan, Alexis de Tocqueville, John Galbraith, Adam Ulam, Machiavelli, George Orwell, Thorstein Veblen and a few others. Generally, it was systemic thinkers and iconoclasts who caught my eye. My library shelf (part of it, anyway) is visible for your perusal at Shelfari

Blogging became attractive for me when the H-Net listserv, H-Diplo became somewhat overmoderated some years back. Evidently, others felt the same way because other posters on H-Diplo who have also joined the blogosphere include Juan Cole, Austin Bay, Rick Shenkman, Judith Klinghoffer, Bruce Kesler and David Kaiser. I'm sure by now there are many other H-Diplo veterans busy blogging. Another well known H-Diplo member, though he seemed to be more active on C-NET, was David Horowitz, the conservative author and publisher of Frontpagemag.com. It was a vibrant listserv back then, with many brilliant and accomplished scholars participating ( or getting unceremoniously kicked off for intemperate posts) but blogging ultimately offered a better platform for debate and intellectual dialogue.

After connecting with Tom Barnett shortly after his first book was published, I've increasingly become more interested in strategy, intelligence, military theory, technology, futurism and social networks with less time for diplomatic history and "pure" foreign policy postings. However, as the blog tends to reflect what I'm reading at any given time, the subjects can wander fairly far afield.

Hope this helped fill in any blanks for new readers. Thanks again to anon for his suggestion!

These articles are fantastic; the information you show us is interesting for everybody and is really good written. It’s just great!! Do you want to know something more? Read it...:Great investment opportunity at best western jaco beach, best western jaco beach resort ,beach front hotel jaco puntarenas. Visit us for more info at: http://www.jaco-bay.com/

On 4GW front, there is a constant debate about why "public diplomacy" and "information war" / propaganda is poor. Surely the basic reason is that there are very few top quality marketing professionals who understand psychology and the few who exist do not work for the govt/mil. To the extent they are involved in politics, they usually roll in for elections and roll out.

If I were in charge of a 4GW campaign, I wd integrate professionals like Cialdini in my comms structure. There is an abyss between (a) the subjects studied in traditional politics, history, military etc and (b) marketing, psychology, cog sci, evolutionary bio etc.

America plus allies needs a 21st Century version of Moltke's Prussian General Staff that combines these two branches into a training system so that politicians and soldiers have inter-dsciplinary skills.

If I were a Blofeld villain trying to take over a country (ie. money not the problem), this is the sort of structure I wd create. And I wd be confident that I wd have no equivalent adversary.