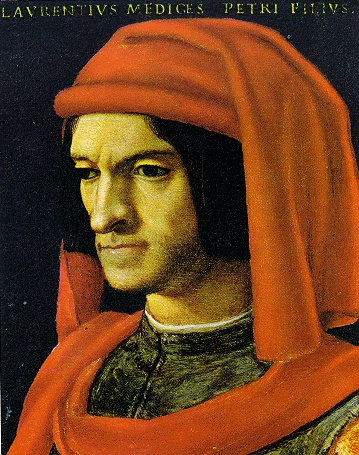 At The Enterprise Resilience Management Blog, EnterraSolutions founder Steve DeAngelis has an artful post, tied together a conceptual tapestry of cognitive tools. Before we get into the specifics of Steve's post, some quick definitions of terms for newer readers (click links for extended discussions):

"Modern society is organized around Vertical thinking... [and is ] completely dependent upon highly specialized experts, spending their time working within relatively narrow domains...[ who] keep the system running and try to advance the knowledge base of their specialty.

"Horizontal thinking can get the expert out of that mental cul-de-sac by setting aside analysis in favor of synthesis, intuitive pattern recognition, suspension of judgment, reversing/challenging premises, counterfactual thought experiments and brainstorming alternatives."

"Complex thinkers tend to be transdisciplinary - and may be so from the get-go (i.e. childhood). The reason for this may be that their thinking is more pattern-related and iterative rather than logically related in a casual chain...It's these folks you turn to when big decisions need to be made under complex and uncertain conditions".

" The Medici Effect: Breakthrough Insights at the Intersection of Ideas, Concepts, and Cultures, Frans Johansson talks about the value of creating a space in which people from diverse fields of expertise can get together to exchange ideas. "

Steve had a number of observations and comments in regard to these terms and points in my pervious post and those at the The Eide Neurolearning Blog that I would like to highlight:

"We normally think of creating a Medici Effect by bringing vertical thinkers together in a group to generate innovative solutions to a particular problem or to generate entirely new thinking. I would be willing to bet that individuals who successfully facilitate those gatherings are, more often than not, horizontal thinkers. Most successful analysts are pattern recognizers. They see similarities, use analogies, and draw from every corner of the human experience to make their points. As a result, they are interesting people to be around. People pay just to hear the connections they make -- and they are worth every penny. Horizontal thinkers see and understand horizontal scenarios better than other people. What does this have to do with resiliency? A lot.

If you know the history of Enterra Solutions, you know that I started it in the wake of 9/11 when a friend of mine told me that the government needed a way to "connect the dots," meaning a way to tie disparate information into an actionable picture. As I looked at the problem, I realized that that macro-need was mirrored on a micro-level within businesses. Most businesses have intentionally set up vertical organizations. By that I mean they have separate siloed departments that deal with specific, specialized functions. As I have argued repeatedly, however, today's paradigm requires horizontal sharing of information across department boundaries. "

The social cognitive skill Steve DeAngelis is describing in promoting horizontal collaboration within an organization is generally referred to in educational literature as Facilitation - I first heard it used in that way many years ago by education reform guru Dr. John Samara as part of his Curry-Samara model of integrating curriculum design and teaching methodology. Facilitation is not simply running a meeting or moderating a panel, though those actions may very well take place, but by acting as an intellectual catalyst for a group without dominating it or controlling it in a hierarchical sense.

It's a rare skill but one that people who are already horizontal thinkers are best suited to master and, as Steve suggested, a role they often get paid very big bucks to fill. Articulating a vision of possibilities, motivating interest, enabling creativity and maintaining collective focus all the while not getting in the way is what facilitation comprises. It represents the acme of teaching and organizational leadership.

"By no means does that denigrate the importance vertical thinking (which furthers knowledge), vertical organizations or industries (which promote efficiency), or vertical action (which responds to vertical scenarios), but it does underscore the fact that within and between organizations more (not less) horizontal interaction needs to take place. Every organization needs a horizontal thinker who can make sense of these relationships and help establish a proper balance between them. Why?

...Tom Kelly in his best-seller The Art of Innovation calls these kind of people "crossdressers." Don Cohen and Laurence Prusak (In Good Company) call them "boundary-spanners." Malcolm Gladwell (The Tipping Point) calls them "connectors." You get the idea. These people recognize patterns and then make connections that others don't generally see. They give us "wow" moments...Much of what Enterra is pursuing involves this latter type of thinking -- helping take complex problems, finding the patterns, understanding the rules, and then automating those rules in horizontal processes to make organizations more resilient. It is the marriage of pattern recognition and solution simplification."

When an organization establishes an ongoing facilitation relationship between itself and a horizontal thinking " catalyst" in an information-rich, dynamic, environment and that relationship is successful at generating insights and new applications, then the organization has entered a state that I term " Mediciexity". Mediciexity is the enjoyment of an institutional renaissance moment as a result of the positive, constructive, nonzero sum interactions of social complexity. In mediciexity there is a patron present (the organization or a
" Lorenzo" figure in it) sponsoring the process; an agent, ( or agents, several are better) to act as a catalyst and a complex system of people, information and technology with which to interact. Mediciexity could be viewed as the creative, adaptive, " growth" element in organizational resilience.

Enterra by way of its focus on building resilience helps initiate mediciexity in its clients with the services of Dr. Barnett ( and of course, Steve himself, probably one of many hats he wears). Critt Jarvis is constructing a bold new entity through a mediciexity enabled by the recent advances in technology - the web, blogs, wikis, mashups. The Institute for Advanced Study was originally created decades ago with this purpose in mind, as were many other public and private think tanks that have emerged since then. It is a highly creative spirit environmentl that our schools and universities should foster but all too often do not.

Is mediciexity a permanent condition ? No. Like the historical Renaissance it is a moment in time that emerges, is enjoyed and then passes, hopefully leaving a legacy in its wake. However, an organization can build a resilient, institutional culture that nurtures and encourages moments of mediciexity and helps them to come to fruition repeatedly. How ? By embracing change; by honest and regular self-reflection; by a steady engagement of horizontal thinking; by welcoming a regular flow of " new blood" or at least ideas; finally - and this is absolutely critical in my view - by investing in the time and space for " unproductive" intellectual free play that is to human creativity what air is to the body.

Mediciexity is what we need to aspire for to thrive in the 21st century.  ¶ 8:40 PM

Thanks much ! I like doing posts where the ideas are bouncing back and forth :o)

Excellent post. The benefits of geographical nearness were a major part of UNL's class in Creativity, Talent, and Expertise. It also will be the focus of the June 12th edition of SummerBlog '06

I, at first, thought Steve DeAngelis was just another type of super salesman that I am too familiar with. In my earlier days, when I worked for start-up manufacturing firms, it seemed to me at the time that it took a super salesman to really get things going.

But now it seems we are talking about a person, maybe a super salesman, who wants to make corporations more resilient.

It seems to me that corporations are the most resilient objects in the universe already. They have only one implicit rule to follow (maximize profits) and they can die and be born again simply depending on the market. While the same human beings might not be present at the rebirth, I think the moneychangers during Christ's times and ours would recognize each other at the table explicitly. I would call that resilient.

And who are these guys he is trying to lineup? What we are really talking about are social philosophers. I am not sure but I think philosophers understand the movement of energy, both potential and kinetic, and report on the flow within a society. If a person were able to accurately describe and follow the energy flow within a society, or possibly the world at large, he or she would be able to accurately predict the outcome of that flow. If this flow were predictable, then where the corporation stands at the end of the flow would give it not just a small place in the world. This is a great departure from market forces, which normally predict a corporation’s resiliency. In that sense, Steve wants to revolutionize the corporation; he wants to give it a level of immortality.

And then the big question is would the social philosophers be willing or able to give up this information. Dr. Barnett seems to not have any trouble going after the pieces of silver, but would De Vinci? Leonardo was most willing to support the war effort of his benefactor, but his commitment was with kinetic energy and not with the more powerful potential energy. If Leonardo was able to turn the minds of men, would he, or would he had let market forces prevail? As it were, he seemed to be willing to settle for a liberal education for his services to mankind. I think your post leads to many interesting questions and more, also, not easily to answer. Good job!

My contact with Steve has only been blog post to blog post or through third parties but he seems to be a dynamic personality with tremendous drive to goal. Very smart too.

As resilient a structure as corporations may be, many of the large, established ones seem to be ailing or muddling through. Sort of like the Ottoman Empire after Sulemein. A few, like IBM, snap back others just tread water.

That goes to Gardner's emphasis of outskirts of major centers generating " Makers" of new domains rather than " Masters" of old ones.